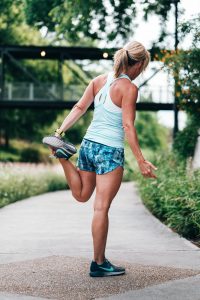 I have attempted weight loss more times than I can count. While I’ve tried to lose weight many different times, I have always come back to the program that works for me – Weight Watchers.

I remember the very first time I went to a Weight Watchers meeting – I was 18, finishing up my senior year of high school. The program at the time was the one with exchanges, i.e. Milk, Bread, Protein, Fruits, Fats, Vegetables. I did the program along with several of my friends. I made the mistake of starting it the day before my oldest sister’s wedding where there was too much good (and tempting) food. I was somewhat successful on the program but that experience was short-lived.

Fast forward to the college years where I would follow the program off and on throughout the four years of school. I was successful when I put my mind to it but I was young and easily distracted. Plus, I was at college where going out, eating, and drinking were a way of life. Trying to be “good” didn’t go hand in hand with that.

A few years out of college I was getting ready to go to graduate school. About 5 months before I was to leave I decided to get serious about weight loss. I successfully lost 31 pounds and was feeling good about myself. Then I changed every aspect of my life – left my job, moved across country, was living in a new place, nothing was the same. Needless to say all that change did not lead to lasting weight loss. I graduated two years later with my MBA and all the weight I lost plus ten additional pounds.

Several years later my middle sister was getting married. I was a bridesmaid in the wedding and wanted to look good in my dress. Once again I pulled out the Weight Watchers information and lost 20 or so pounds. I was happy with the results and liked how I looked in my dress. Once the wedding was over the old habits came creeping back.

Several more years and I set about losing weight once again. I wanted to do a triathlon and knew I needed to be in better shape to do so. I lost about 30 or 40 pounds, signed up for 4 triathlons and completed them all. In the middle of that I met my now-husband and while I was able to stay in decent shape for a while, the going-out-to-eat dates started to catch up to us both.

The One that Stuck

Seven years later I was married and had an almost 3 year-old. Up until then I had decided I was always going to be heavy, it was just how it was going to be. I didn’t have the motivation to want to do much, always tired, and didn’t want to put the effort in. Then one day, all of a sudden, I realized I needed to do something. The urge came out of nowhere and I knew I had to take action. I was sick and tired of being sick and tired.

January 21, 2017 was the day I started. I told my husband I wanted to start Weight Watchers again and he was fully supportive. I began planning. In previous attempts I had put a lot of emphasis on exercise, trying to work out every day. In the past I would manage to keep that up for several months but would inevitably burn myself out. I’m very competitive with myself and if one day I would run for 45 minutes, the next day it would have to be 46 and so on. Not a good long-term plan.

This time I decided I was going to get my eating in order first, then start to add in exercise. With a small child, there wasn’t a lot of extra time to work out so I needed to be realistic. The first month I focused mainly on my eating. Once that was on track I added in a day or two of running on the weekend. I continued that for months, occasionally getting in a run after work during the week. I tried to be a morning exerciser – tried it many times over the years – but I just could not do it. I decided that was okay, I had to do what worked for me and what was sustainable for the long-term.

I worked the program really well for many months, getting as close as 6 pounds from goal in the fall. Unfortunately I have stalled since then, not working the plan as well as I could have. There were a lot of things going on in life. I had my gall bladder out at the end of October, then the holidays came along, then the new Weight Watchers plan was introduced, then more holidays, then the New Year, then birthdays (my husband, son, and I are all February birthdays), and so on.

Needless to say I’ve been letting life get in the way. I let those be my excuses to the detriment of reaching my goal. In the past few months I’ve renewed my commitment. Originally I didn’t like Freestyle and was still doing Smart Points. I decided to give Freestyle another chance, really approach things like I was just starting out new. I’m happy to report things are back on track. 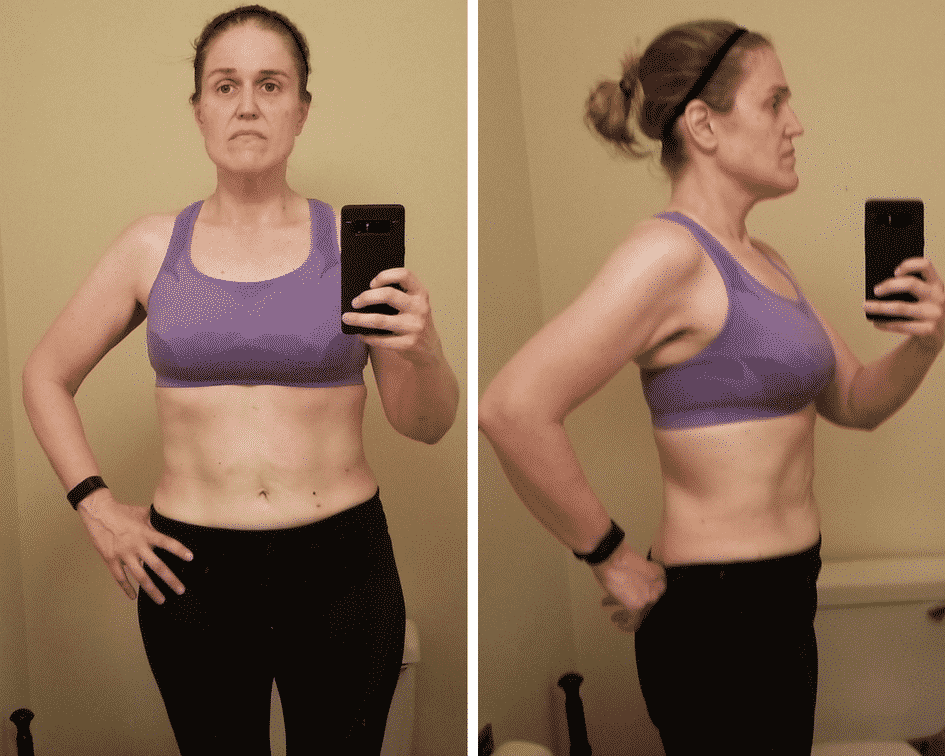 Every day is a new opportunity to take care of me. It’s easy to lose track of myself with life, work, kids, family, etc. I make the effort to check in with myself regularly to see where I am and what I need to do to continue to help myself.  Some of the things I do to get and stay in touch with myself are:

Weigh in Every Morning

This works for me because it’s a daily check or reminder to be present in this journey. I long ago stopped letting the daily number affect me, instead I use it as a guide. Given that I’ve been in pseudo-maintenance the past several months, I’ve used it to keep me aware of when I might have gone a little overboard and dial back in the eating.

I try to work out at least 2 times per week. I love to run but can’t do it every day because my knees start to scream at me. I’ve added swimming back into the rotation as well, try to go twice a week for that in addition to running. I do things that I enjoy otherwise it will become very tedious very quickly.

I find when I don’t plan ahead, I fall off track quickly. In starting fresh this week I planned out my entire week – lunches and dinners. My husband is also on Weight Watchers and this helps us both keep on track. It makes mornings much less hectic if lunches are already ready to go. It also saves time in the evenings when we don’t have to do the, “what do you want for dinner” dance where neither of us can make a good decision.

I love Pinterest. I have tons of recipes saved on there. I use it as one of my main meal planning tools. I’ve collected a lot of “go-to” recipes as a result so I always have ideas for meals. I follow a lot of WW-friendly recipe websites on Facebook and Save anything that looks good when I see it come up in my News Feed. I’m always looking for new ideas or twists on old favorites.

Keeping in Touch with Myself

It sounds a little silly but I have to remember to check in with myself to see how things are going. If I’m stressed and having cravings, I try to stop and figure out what’s driving them and how to better address those feelings. It’s an ongoing process and not one at which I’m always successful, but I keep trying. I figure the more I do this the better I’ll get at it. I also carry around a small journal in my purse. When I feel the urge, I try to write down my thoughts and feelings to better manage them. There is something about seeing things in writing that helps clarify them.

While my earlier weight loss attempts were not successful in the long-term, I did learn a lot from them. I learned that Weight Watchers is an awesome program in all of its many iterations. Some programs have worked better than others but all are solid, healthy plans. I’ve also realized that with any weight loss program, you can’t look at it as a finite experience. So many times I had a goal of an event or life milestone or something else as my motivation.

The problem with that is an event or life milestone will come and go but you’re still there. You have to find the motivation within yourself to do it for you. Eating right for a few months and losing weight is great but in reality there is no finish line. This is something I am going to have to do for the rest of my life, something I’m going to have to constantly be aware of, something that has to hold a significant place in my life if I want to maintain what I’ve accomplished.

The journey is never going to be a straight line and done, it’s going to have bumps along the way (or mountains, as it sometimes may feel). I’ll fall off the wagon from time to time – it will happen – but the important thing is recognizing it when it does and continuing to climb back on. 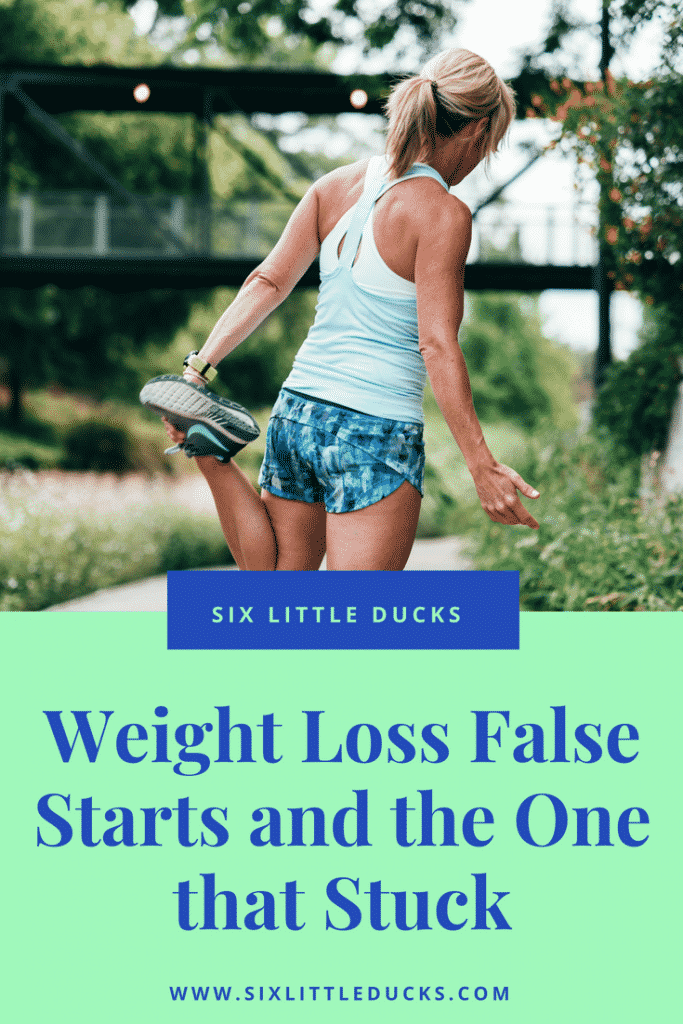 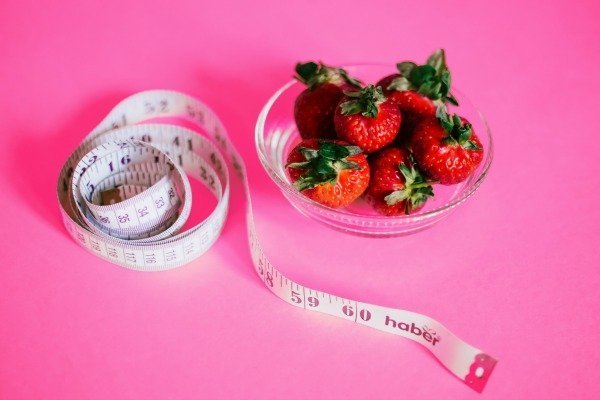 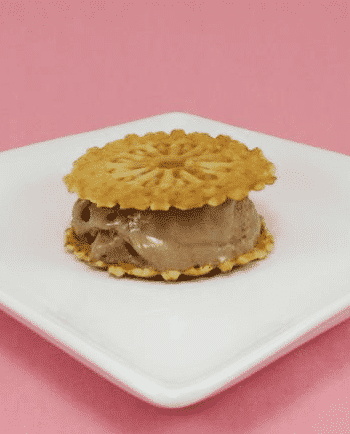 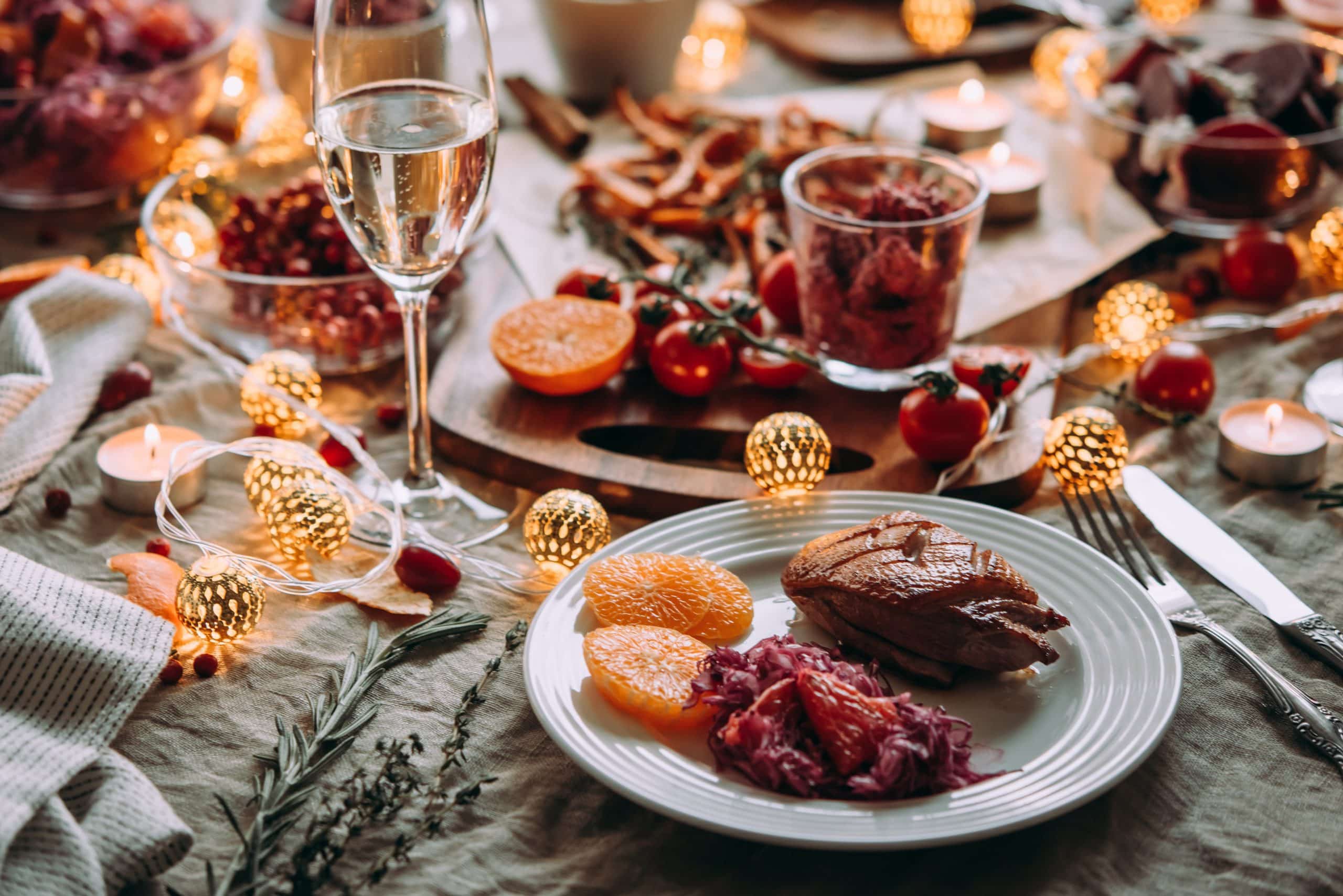 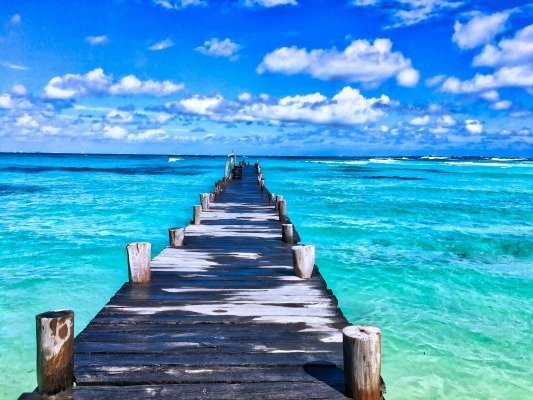 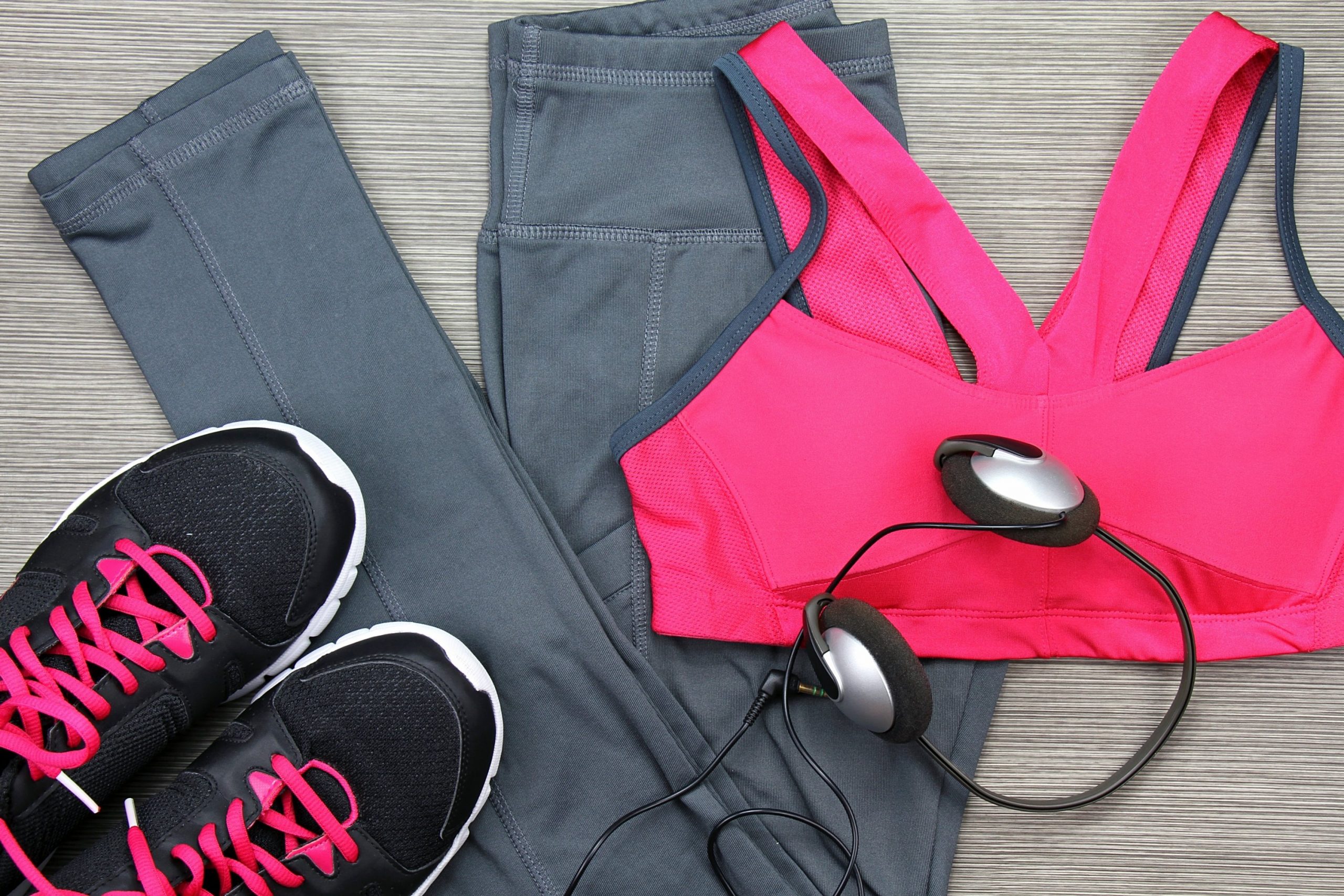 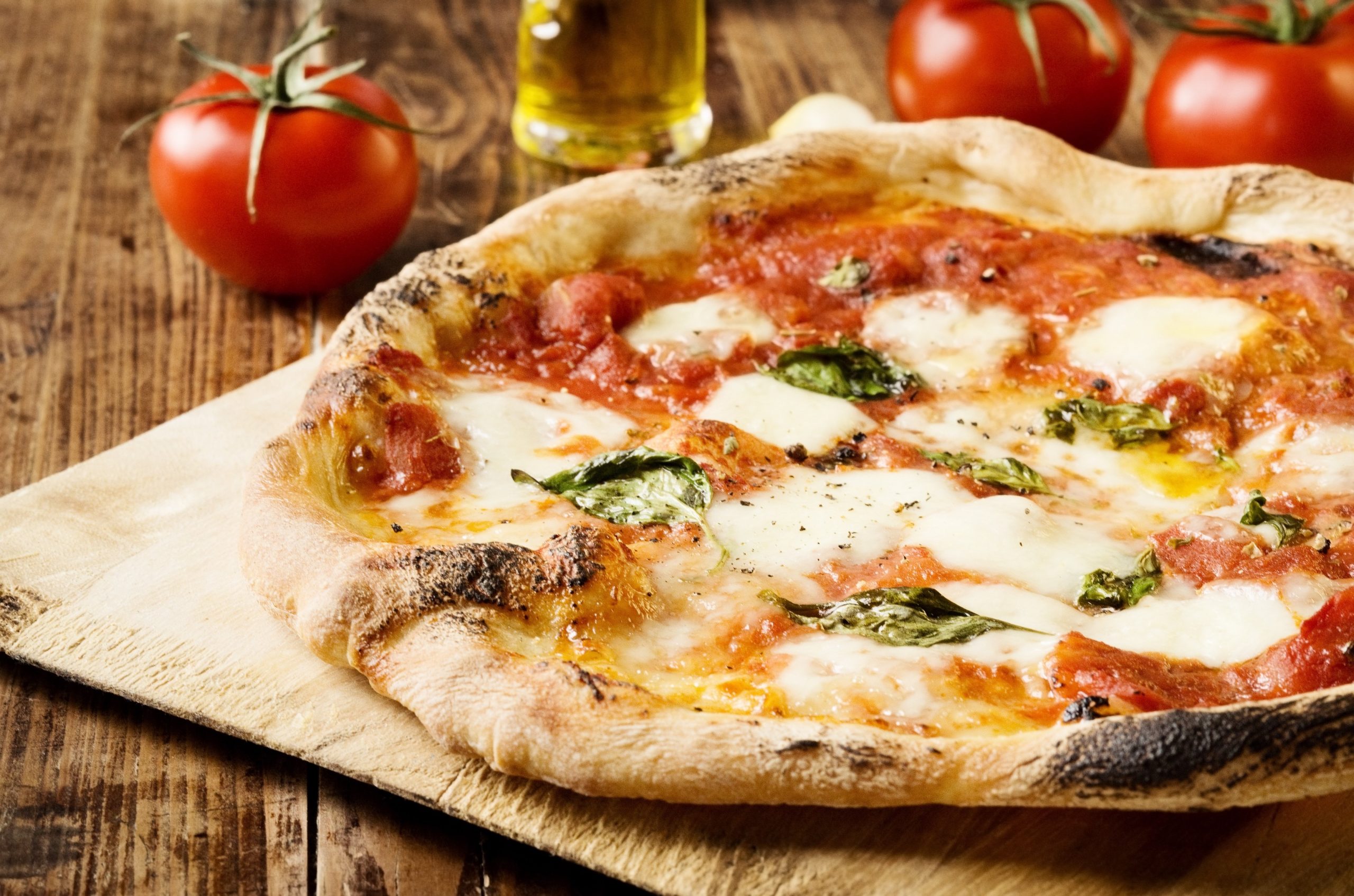